Clarence City Council has won the major Australian Coastal Councils award of annual achievement for its coastal adaptation pathway to manage its coastline under a changing climate. 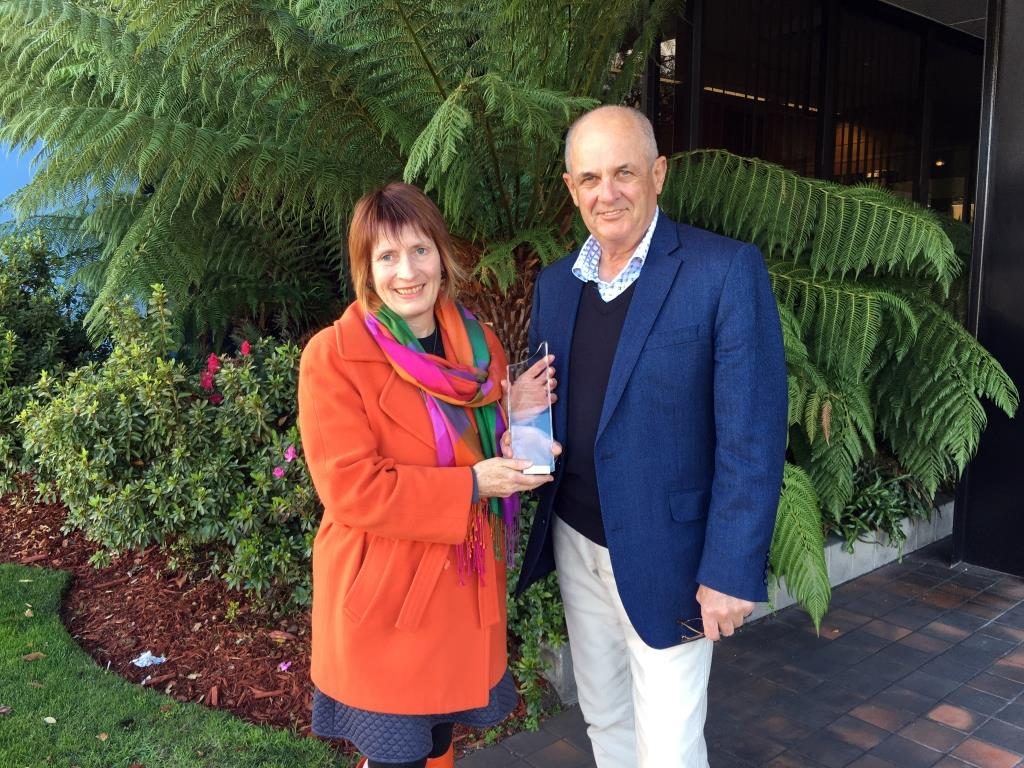 The award was presented at the Australian Coastal Councils Conference in Queensland in May with Alderman von Bertouch accepting the award on behalf of Council.

The awards acknowledge the achievement of individuals and organisations that have made a significant contribution to the Australian coastal environment, settlements and to sustainability.

With 190 kilometres of coastline Mayor of Clarence, Alderman Doug Chipman, explained the many challenges faced.

“The impacts of more frequent extreme weather events, sea level rise, widespread coastal erosion and inundation, the risks associated with a changing climate and loss of coastal environment due to urbanisation are some of the challenges our city’s coastline is subject to,” Mayor Chipman said.

“During the past eight years Clarence has been diligently implementing its adaptation pathway to address these climate change impacts.

“This has involved extensive community consultation and has proven to be a very complex and challenging task.”

The award is a significant achievement for Council to be acknowledged on a national level as a dedicated organisation committed to safe guarding the coast for future generations.

“We are very pleased that our coastal works have been recognised nationally and have inspired other councils to progress with their own adaptation pathways.”

In 2014, Council received an Australian Coastal Council Award for management of its coastline.