The Tasman Bridge was open to traffic in August 1964. It was a four-lane, high level concrete bridge constructed with a central navigation span for shipping. Prior to 1964, a floating bridge spanned the Derwent.

On Sunday 5 January 1975 at 9.27pm, the bulk carrier Lake Illawarra collided with the Tasman Bridge. Two piers collapsed along with 127 metres of bridge decking. Four cars ran over the gap into the Derwent River. Five occupants died while several others managed to escape from two vehicles which teetered on the edge of the gap. Seven crewmen from the Lake Illawarra also lost their lives.

The impact of the bridge collapse was quickly felt as Hobart was suddenly cut in two. Eastern Shore residents were severely compromised, transport facilities were tested and to compound the issue further, most hospitals, schools, businesses and government offices were located on the western shore.

The Tasmanian Government, Emergency Services and Police were forced to swing into action quickly. The Sullivans Cove Ferry Company began running their vessels within an hour of the bridge collapse and continued the service throughout the night of the disaster. By the next day, three private ferries and a government vessel were in operation. Health services also needed to be addressed and within four months most of the essential services needed by Clarence residents had been provided.

Weeks after the collision, a decision had been made to construct a temporary bridge north of the damaged Tasman Bridge, in order to restore a direct road link between Hobart and the Eastern Shore. The Bailey Bridge was opened to traffic on 16 December 1975. It provided one lane of traffic each way on a temporary structure crossing at Dowsings Point.

The Australia Government funded the rebuilding of the Tasman Bridge which included a new lane. Rebuilding began in October 1975. The Tasman Bridge repair took two years and cost approximately $44 million. It was officially re-opened on 8 October 1977.

The effects of the bridge collapse remains in the hearts and memories of Clarence residents. It united the community and paved the way for growth in business, services and recreation.

Mapping images of the wreck of the MV Lake Illawarra – 2014

Staff from the Geophysical Survey and Mapping Team at CSIRO and the Institute for Marine and Antarctic Studies used the IMAS vessel Morana to calibrate the CSIRO’s new shallow water sea floor mapping sonar equipment, the EM2040c.

The team decided to map the shipwreck of the bulk carrier MV Lake Illawarra, which is currently lying in 34 metres of water on the southern side of the Tasman Bridge. The mapping took about an hour.

The EM2040c is a High Resolution Multibeam Echo sounder, or a shallow water sonar that is able to map the sea floor to 500 metres. It’s mobile, can be lifted by a single person and can fit on almost any vessel. The system generates a fan shaped acoustic beam called a swath, and this swath can be up to four times the water depth in width. It is able to send and receive signals at a rate of 50 times per second.

Click on the video below to see mapped images of the wreck of the MV Lake Illawarra.

In 2013, we undertook a major project to commemorate the Tasman Bridge disaster, culminating in a major exhibition and a commemorative artwork now installed at Montagu Bay Park. As part of this project, oral history interviews were recorded with a number of first hand witnesses to the events of 5 January 1975. Participants included the first policemen to arrive on the scene, the pilot who was on duty that night, the people involved in salvaging the wreckage, and people whose lives were completely altered by the disaster. You can listen to the interviews below. 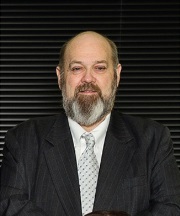 Phil Butler and Ron Middleton were two of the first police officers to arrive at the scene of the night of the bridge disaster.

Both men saw first-hand the immediate aftermath of the disaster, and spent an exhausting night making the approaches to the bridge safe and participating in the search for survivors.

Phil and Ron recount their memories of the night, including the nervous wait for the bridge to stop swaying (the stabilising tension cables were broken in the collision), the eerie atmosphere on the night, and an unexpected encounter with the Premier, Eric Reece. 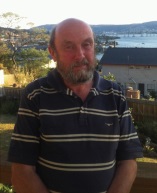 Seamus Elder worked for the Marine Board at the time of the disaster.

On the night, he travelled on the Lindisfarne Yacht Club launch and helped search for survivors.

During the following weeks, Seamus was on the Kulanda, the vessel conducting salvage operations. Seamus’ experiences from this time have affected him to this day.

Jim Cooper was captain of the tugboat, Cape Bruny, which was on duty that night to guide the Lake Illawarra into port.

Jim witnessed the entire event, and was the first on the scene to rescue survivors, picking up 13 Lake Illawara crewmen from the water. Sadly Jim has passed away, but his daughters Judy and Allison vividly retell his memories of that night.

Dion Dillon was a 19 year old deck hand on the tugboat Cape Perron and recounts his memories of the efforts to rescue the survivors.

Colleen Fleming saw the bridge go down from the balcony of her Rosny home. At the time she was a mother of three, working full time as a nurse, and due to have her fourth child in just two weeks’ time.

With the bridge gone, Colleen became one of the many mothers who had to brave the journey across the Derwent in an ambulance, on the punt, to get to hospital.

ABC News reported on the unveiling of a memorial sculpture at Montagu Bay to mark the 40th anniversary of the Tasman Bridge disaster.