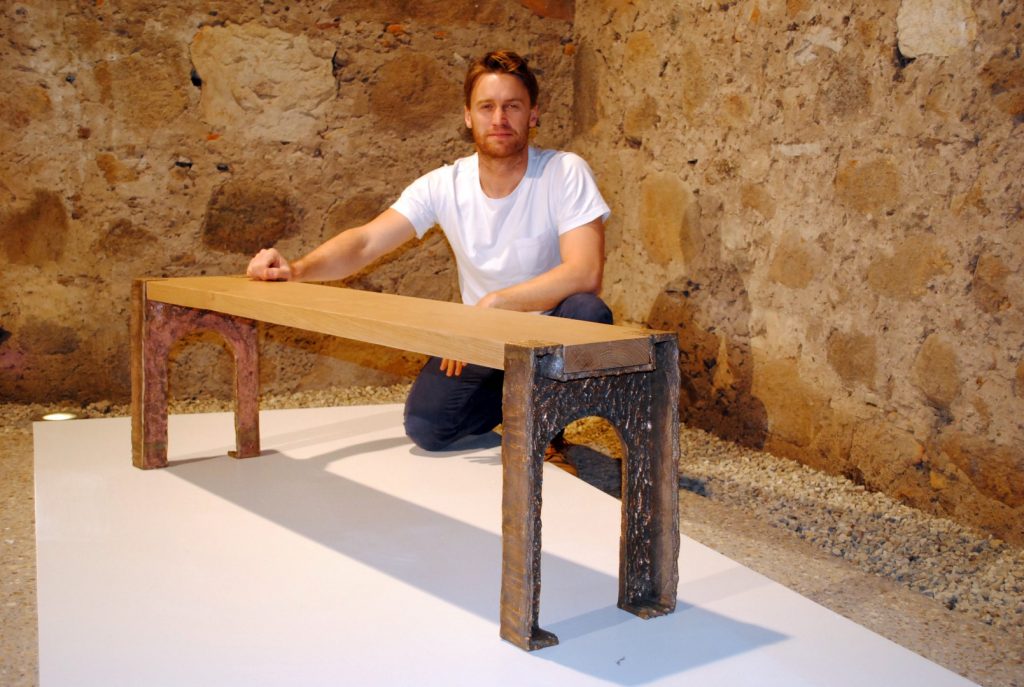 Altschwager received the $20,000 acquisitive prize with the judges impressed by his deceptively simple Bronze Bench.

“The work exemplifies the marks of the maker and draws on the qualities of imperfection, conveyed in the bronze legs and contrasted to the smooth finish of the connecting timber seat,” said judge Karina Clark from Design Tasmania. The award was also judged by Trent Jansen of Trent Jansen Design in NSW.

“The Clarence Prize recognises the excellent work of top-tier Australian designers and craftspeople by showcasing and investing in their talent,” Alderman Campbell said.

“This year’s shortlisted artists represent a diverse collection of works and it is great to see four Tasmanian artists in the mix.”

“We are delighted to add Altschwager’s bronze bench to the Clarence Collection and promote design in Australia through the prize and exhibition.”

The works of the 15 shortlisted artists will be on show from 8 September to 8 October at Rosny Barn.

The Clarence Prize for Excellence in Furniture Design is held biennially and was established in 2007 to recognise the most innovative makers in the field from Tasmania and interstate. This year 49 entries were received.

More information on the prize and exhibition can be found at www.clarenceartsandevents.net.