Clarence Mountain Bike Park better than ever after 11 years 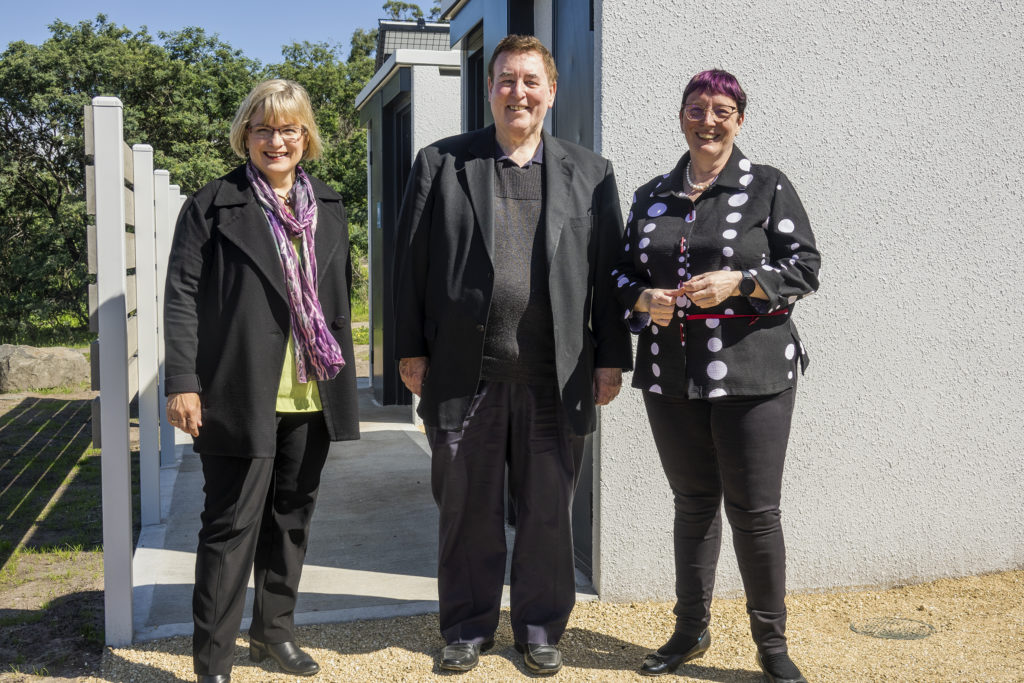 The Clarence Mountain Bike Park is ushering in its 11th birthday anniversary with the opening of several upgrades for the area.

The highly anticipated new toilet block, plus a new entry track, will benefit the thousands of riders who visit the park every year.

“We are very fortunate to have such incredible natural assets such as the Meehan Range right here in Clarence,” Alderman Chong said.

“The popularity of mountain biking is soaring and the Clarence Mountain Bike Park has so much to offer riders – from the impressive scenery to convenient location to the ever-growing number of tracks.

“Council is dedicated to the ongoing improvement of the park and its facilities to benefit riders of all ages, levels and backgrounds.”

In addition to celebrating 11 years of operation, the event today is also acknowledging the hard work and contributions of the countless volunteers, community members and organisations who have contributed in the park’s development over the past decade.

“This park is a great example of community and government working together to achieve something wonderful,” Alderman Chong said.

“As well as riders of all ages and skill levels, there are also mountain bike coaches who operate from the park to help riders improve their skills.”

There are more works to come in the park this summer with a development application lodged to construct a new internal carpark, with work by council’s Depot crew expected to begin early in 2021.

Other projects planned for the area include a new skills development area, connecting the cross-country loop to the Highline Track, and a green climbing track from the railway abutment hub to the Skyline Fire Trail.