Blundstone Arena and surounding areas are now classified as a smoke free zone in accordance with the Public Health Act 1997.

From December 2019, an area surrounding and including Blundstone Arena in Bellerive was be classified as a smoke free zone in accordance with the Public Health Act 1997.

The declaration of this area as a smoke-free zone will help protect people from exposure to tobacco smoke and vapour from e-cigarettes, as well as contribute to the de-normalising of smoking.

The permanent site, includes Bellerive Beach Park (including children and adult play/exercise facilities), Bellerive Oval (Blundstone Arena), the adjacent roads, footpaths on both sides of the roads, carpark off Derwent Street and to the high tide line of the dog free area of Bellerive Beach.

The permanent, declared site is shown shaded blue on the map below.

The extension of Church Street is declared smoke free only during large events where there are 3,000 or more people in attendance at Blundstone Arena, as shown shaded in orange.

The smoke free area will be patrolled by council officers whose main task will be educating smokers about where they can and can’t smoke. 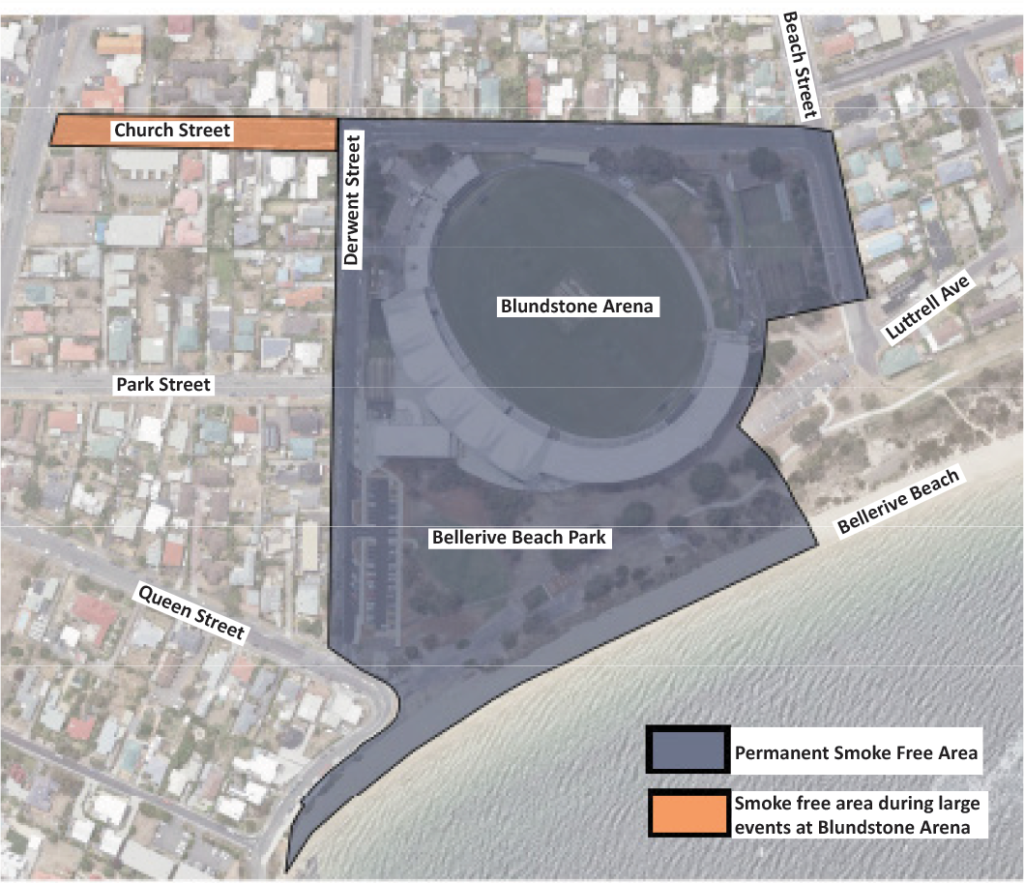